The origin of spirituality in the Andes 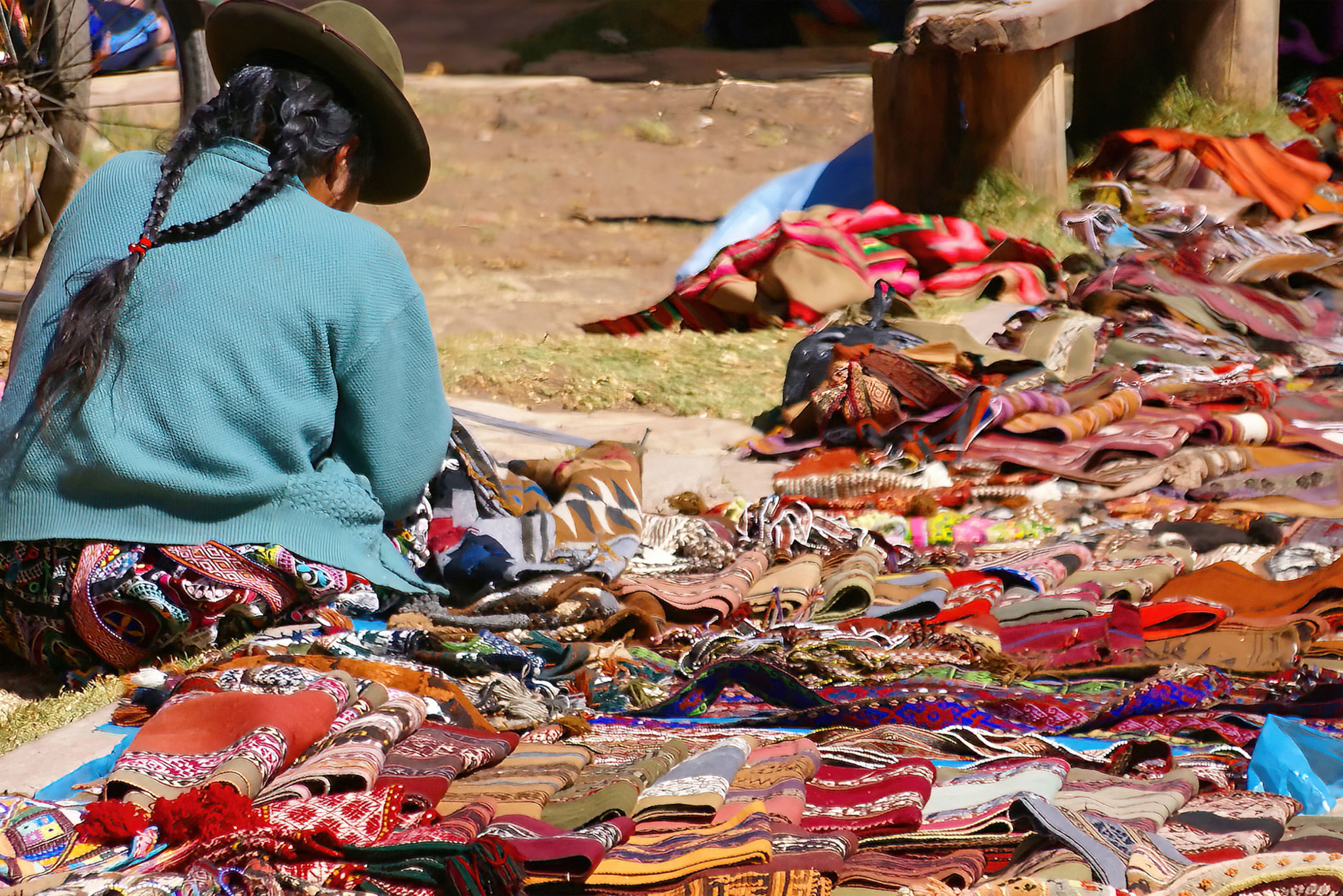 The Andean culture is associated with the stars in which they formed constellations or imagined traces to represent forces or energies that favored fertility and the reproduction of everything in the world. Fertility has an important role for the Andean people, associated with life itself, the flourishing of crops, the arrival of spring, and the reproduction of animals. Which is why Pachatata and Pachamama are the Cosmic Father and Cosmic Mother. And from the fertility of Pachamama the cosmos is born and in it, the earth is fertilised and flourishes.

Each one of the forces and energies of nature as water, air, fire, earth are considered "expressions" of the same deity called "Wiraqucha".They receive their name and a graphic representation in wood and stone carvings. This is how the Andean written expression of the language begins.

About the oral expression and different languages, there are: Quechua, Aymara, and Amazonian languages. Their written expression of these languages is made of symbols, therefore is not alphabetic, they’re based on shapes and colors.

In this article we’ll go through the most common symbols of the Andean culture with their meaning and other senses that they can have depending on other colors.

The most frequent and representative symbol of indigenous cultures is the "Chakana". The chakana or chaka hanan means the bridge to the top. It is the name of the constellation of the Southern Cross and constitutes the synthesis of the Andean worldview. Likewise, it is an astronomical concept linked to the seasons of the year. It is used to support the lineage and it's living history, it is an anagram of symbols,  each one of them means, a philosophical and scientific conception of Andean culture.

Among the formal signs specified to date is the qenqo or zig zag which. That means to go up to.

This symbol is also enriched and transformed in the chakana by taking a diagonal position. This means going up to or going down to. Also its meaning can change depending on the color of the symbol in the fabric. But, about the colors we’ll see more about the colors later.

The qenqo symbol expands its meaning when it goes between two lines. In the case of the cave paintings of Huacullani (Puno), it became a prohibitive symbol and had a meaning of not going to. We find them in rural houses, whose text is: do not go over this wall because there is a door.

Another sign that we find is the water sign together with another symbol that appears in early times, the logarithmic spiral. It has the meaning of remembering and meeting. It is found in the qepa, a natural shell that has the sound of a trumpet that serves to summon the community.

This symbol means to remember and create. In addition, this symbol has its acoustic equivalent in the phusa register.

Finally, we will mention the wave crest, or ohhe that means walking, it also arises at the same time.

The study of this topic has shown that there are two kinds of systems, an ancient one that dates back to pre-Inca times, based on the natural colors of wool. Therefore, it is linked to livestock, in Aymara it is called the hanqo system that means white:

Colors of the system hanqo

He other polychromatic system is later because it dates back to Inca times. It is made up of all colors, it is related to the khipus, it is found in the qeros, in the fabrics, in the clothing, in the recorders, etc.

The chroniclers refer to signs and symbols used by the Incas. Despite the little knowledge of the language used by the Andean culture, certain historians report the meaning of some colors:

Within the studies that were carried out, the colors and their shades could be analyzed in greater depth, as we see in the following breakdown:

2. White with two shades, a very white one and a yellowish one, also called flemish white

4. Green in the light and dark shades

6. The intense and bright yellow like gold and a little faded one

7. The black, which when it is somewhat pale is confused with the darkest brown

Of these colors, brown and white predominate in the frequency of their use. Is not very common to find blue, green and red. And yellow is extremely rare, black only appears combined with other colors”eleven
However, there were also specific combinations that meant the celebration of cults.

For example the combination of colors

blue-yellow-white anqas-yuraq-qellu (from right to left) represented the Festival of the Sun (Inti Raymi).

In this way, we can then specify the signs used by Andean civilizations carry meanings and become symbols, thus being a way of communication and narration of events. For this, we can summarize that:

Anquas (q), Larama (a), great > immensity; referring to the immensity to the air and water

Qomer (q), Choqña (a), fertility > reproduction; when the rain falls then nature turns green and blossoms

Qellu (q-a), luck > wealth; at the time of production yellow flowers blossom. Also this color is used in other rituals like weddings or new years eve

Using the combination of two colors has a specific and complex meaning. Due to the light or dark variant that indicates age and the amount of white or black that designates the person's condition, for example:

Red-green male = servitude of a woman

In the hanqo system, black and white inside the clothes, determine the condition of the male:

Black: male is a yana or perpetual servitude

In addition to the color of the fabrics or artistic expressions of the culture, the meaning or direction is also another variable. Most of the time this is expressed in textiles narrating or specifying events in this way. Thus turning these vestiges into not only works of art but diaries of culture. Here are some examples:

Muyuy or positive turn = favorable memory; very common in the fabrics of the unkuña, which is a garment for offerings.

Kutiy or negative turn is used in the ritual to reverse the curse, the thread of the unkuña must be twisted in the opposite direction, from left to right.

Ascending Chakana = Going up to a positive level (heaven)

Descending Chakana = Going down to another negative level (hell)

The indigenous culture of Latin America has many interpretations of its symbols, colors, since it can vary depending on where they are and all its history.

Hope that this theoretical note is to your liking, to understand a little more about the indigenous people and their culture!

Ana Belén
Back to blog